In the years leading up to the founding of the North Carolina Agricultural Extension Service in 1914, the way that Americans understood the relationship between food and their own bodies changed. It became increasingly scientific. Food became measurable. Calories could be counted. Diets became something to balance.

In the 1890s, nutritionists refined their understanding of calories and reimagined food as fuel. 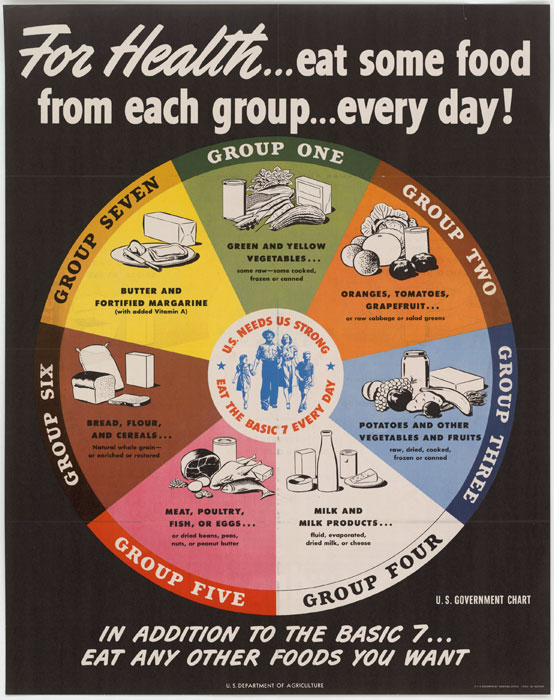 In the 1910s, the discovery of vitamins produced a more nuanced understanding of the relationship between food and health. Even after these major discoveries, the science of nutrition evolved. By 1941, all of the currently known vitamins had been discovered.

At the national level, the United States Department of Agriculture, often called the USDA, funded research into this new science of nutrition and its Office of Home Economics, established in 1915, translated scientific discovery into dietary advice. In North Carolina, the Home Demonstration division of the Agricultural Extension Service played a similar role, incorporating an evolving knowledge of nutrition into food preparation and meal planning circulars, as well as the corresponding lessons that an expanding network of home demonstration agents taught across the state. These agents became an integral part of the communities they served as they shared with farm women how to use new scientific information in their everyday lives.

Messages about healthful eating have changed over time, incorporating evolving scientific ideas about nutrition and responding to social and economic pressures, sometimes at a very local level. This exhibit explores how the Home Demonstration division of the Agricultural Extension Service adapted its nutritional messages to meet the needs of North Carolina residents between the 1910s and the 1950s.

Nutrition in Times of Scarcity