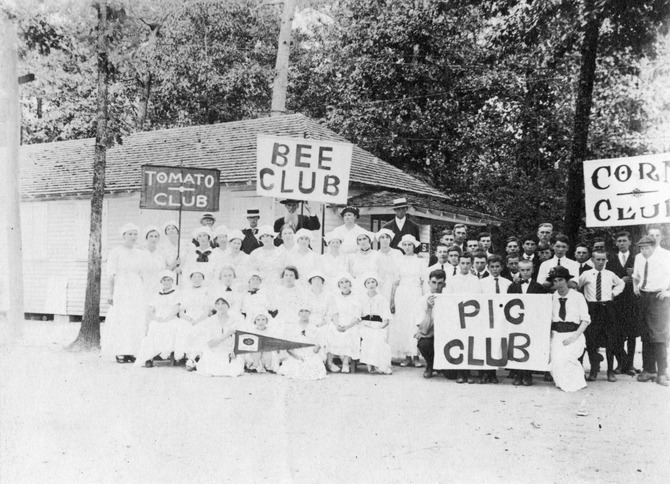 Canning clubs were first known as tomato clubs in 4-H. When young girls were not allowed to join corn clubs, which were deemed inappropriate for girls, they soon looked for another way to contribute to their families. Under the leadership of Jane S. McKimmon it was decided that tomato growing and canning produce were activities more appropriate for young girls than growing corn.

Growing corn required one to be outside in the fields where it was dusty and hot, but tomatoes could be grown in a small garden and canning took place inside the home.  These were both locations generally deemed safer for young girls.  Additionally, stereotypical gender roles suggested that women and girls should be the homemakers, while men and boys would do the more physically demanding tasks on the farm.

Started in 1911, North Carolina tomato clubs originally offered girls a one-tenth of an acre plot of land on which to grow tomatoes. The clubs then taught girls how to properly can their tomatoes for extended preservation. Canning was a relatively new practice at the time and had to be done carefully to make sure the end product was properly preserved and safe to eat in the future. Canning clubs quickly grew from just tomatoes to encompass almost all types of fruits and vegetables, as well as jellies and preserves.

Just like the boys from the corn clubs, the girls would sell their canned tomatoes at markets in order to earn extra money for their families. This money generally went to help purchase school books, clothes, and other things that did not fall within the budget of their family. After seeing how successful their daughters were at selling their homemade canned goods, mothers began inquiring about classes to teach them these same techniques. From this, the North Carolina Home Demonstration Extension Service was formed to serve adult women in farming families the same way that tomato clubs had demonstrated these skills to the young girls of families.

Eventually tomato clubs and canning clubs evolved to include other agricultural practices suitable for young girls.  These included bee clubs and baking clubs. 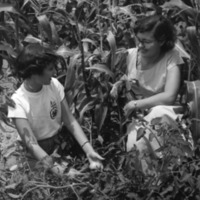 Working in a garden to grow tomatoes was considered to be more appropriate for girls than working in the crop fields. 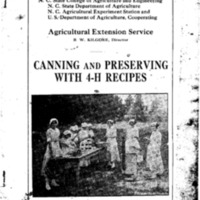 This booklet instructs girls on canning procedures and suggests recipes to use when canning. 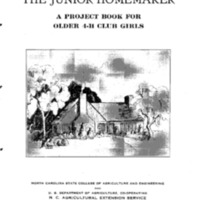 This is a project book for girls in 4-H. Notice that the requirements are food and nutrition, health and sanitation, group activities, home conveniences, and hospitality. 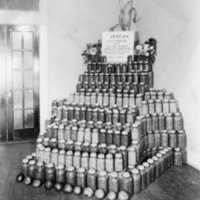 This display represents some of the fruits and vegetables that participants in the canning clubs from Durham County preserved in a season. 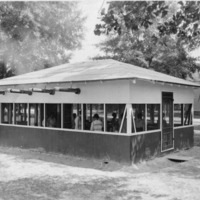 Community canneries were sometimes set up for Home Demonstration Agents to instruct large groups at one time. 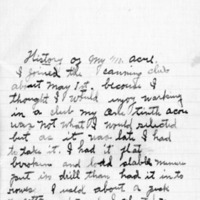 This handwritten account tells one girl's story about her work in the local tomato club. Each girl was given one-tenth of an acre to grow on.